Dominic Martinez gets 12 years in prison for 2018 vehicular homicide

ALBUQUERQUE, N.M. — A nearly four-year saga came to an end Wednesday for the family and friends of two cousins killed by a reckless driver in 2018.

The driver, Dominic Martinez, was sentenced to 18 years – 12 years in prison and five years of supervised probation for two counts of vehicular homicide and two counts of great bodily injury by vehicle, with the other year suspended.

The judge ruled the first vehicular homicide count to be a serious violent offense, given the nature of the crash.

On the night before Thanksgiving, Jakob Montoya, 19, and Kayden Montoya, 23, were turning left from Irving onto Universe NW when they were T-boned by Martinez, who was traveling a reported 111 mph in a 35 mph zone on Irving.

Kayden died at the scene while Jakob was taken to UNMH, where he later died. Two passengers in Martinez’s car were also reportedly seriously injured. 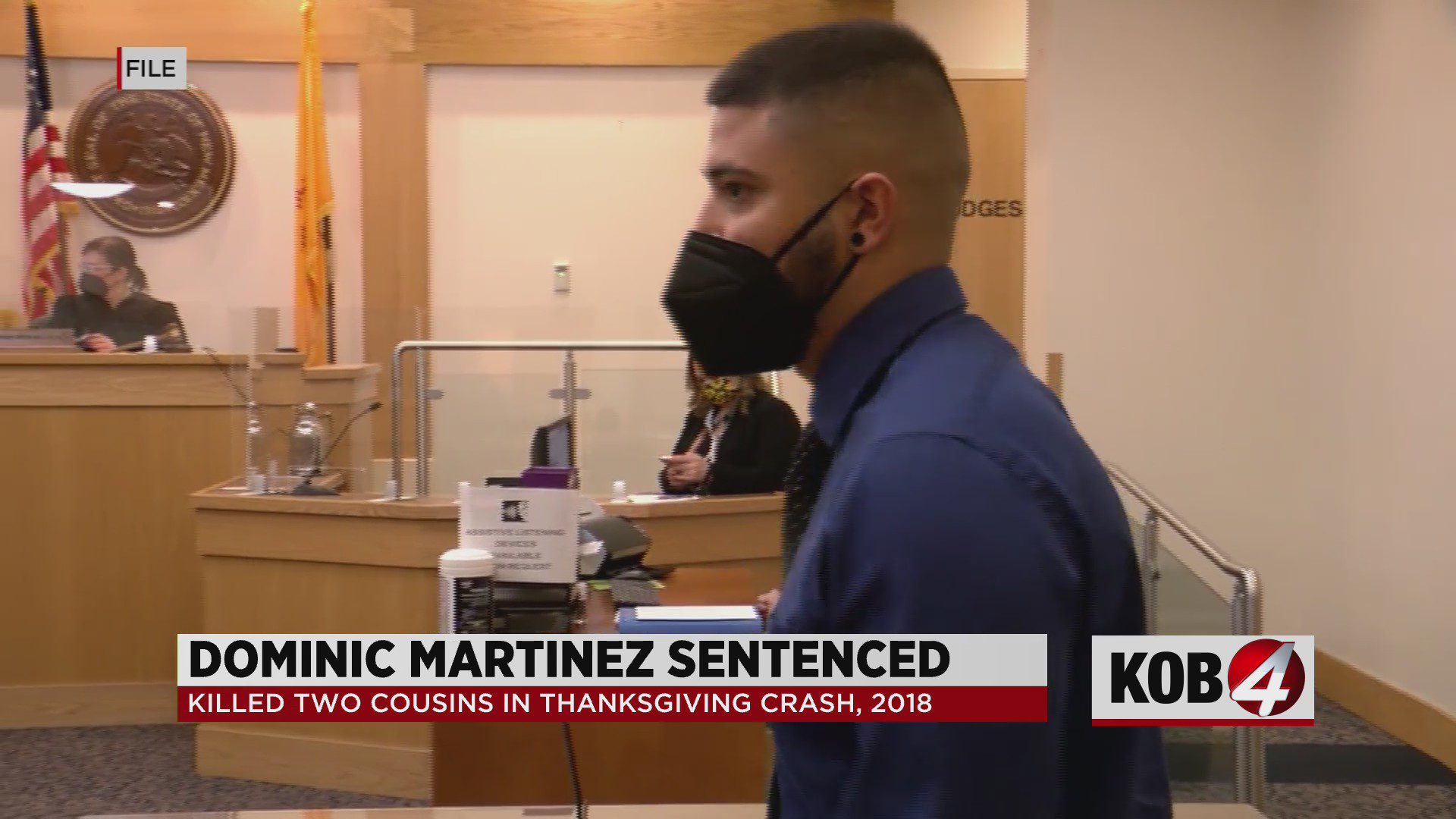 One of Montoyas’ cousins took the stand and stated, “The defendant [Martinez] chose to be selfish and reckless and took two innocent lives – and murdered an entire family. They will forever be 23 and 18 while I grow older. They [Martinez] may be sentenced to prison today but it’s nothing like the sentence they gave us.”

Martinez, 24, originally pleaded not guilty to his charges in May 2019 and was granted pretrial release. In February, he entered a no-contest plea, which carried a possible sentence of 4 years to 18 years.

During the sentencing hearing, Martinez read a statement offering atonement to the Montoya-Padilla family and his attorney requested the minimum sentence of four years. However, Judge Britt Baca Miller did not accept it and addressed Martinez directly during the sentencing.

“I am going to remand you today. I don’t think you’re a bad person but this has to stop,” the judge stated. “This wasn’t an accident. This was you intentionally driving 76 mph over the speed limit. That’s faster than the speed limit on the freeway in Albuquerque. It’s astounding. I couldn’t imagine driving a car that fast. The other car did not have a chance at that speed.”

Martinez’s driver’s license will be revoked by MVD, pending the completion of a driving course. He will be required to do 60 hours of community service each year, including on Christmas and Thanksgiving.