Flags honoring each 9/11 victim begin a weekend of remembrance 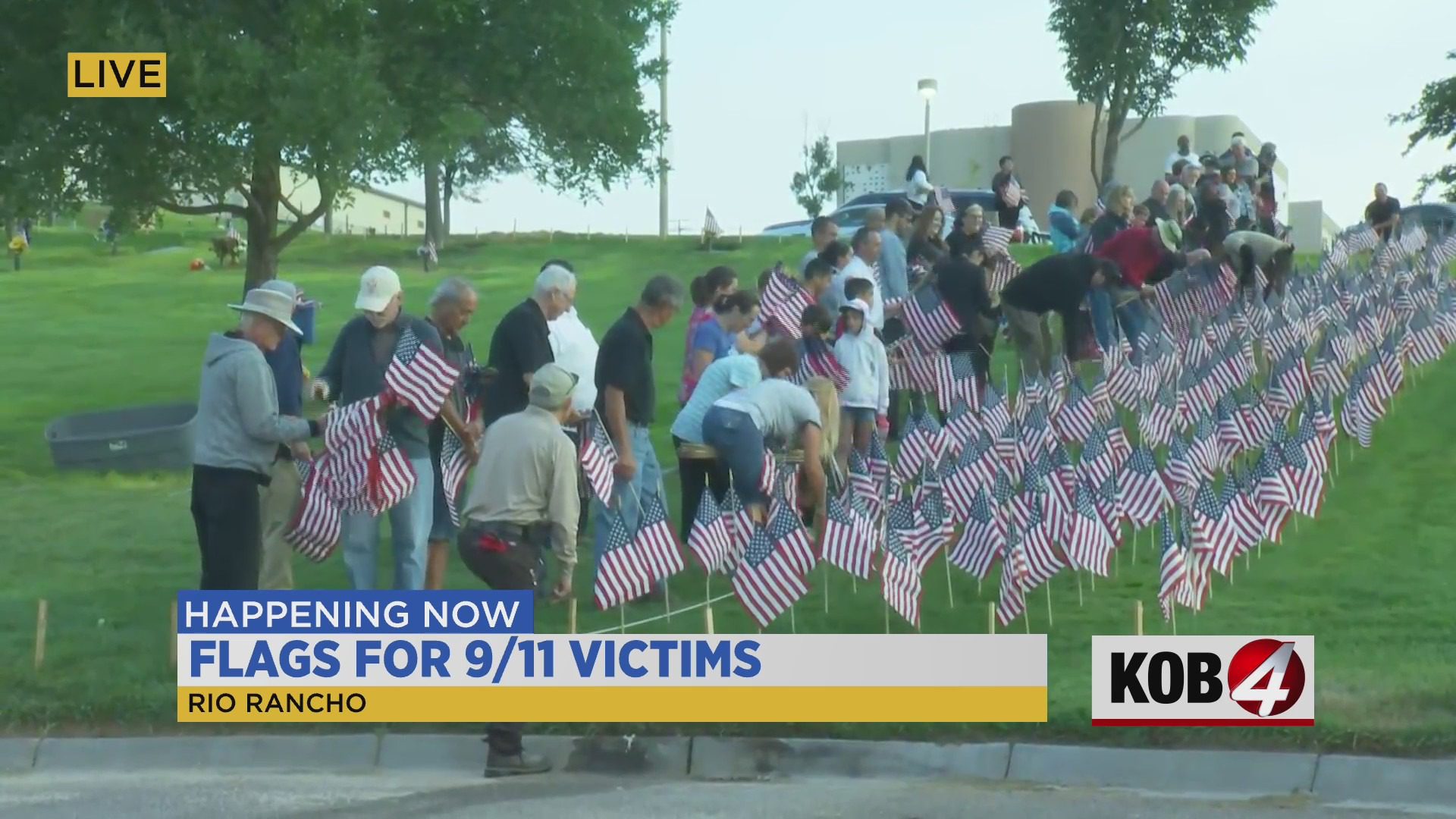 RIO RANCHO, N.M. — Sunday marks 21 years since 9/11 – the deadliest terrorist attacks on U.S. soil – and a memorial park in Rio Rancho began a weekend of remembrance by placing flags in honor of each victim.

2,996 flags were placed Friday morning at Vista Verde Memorial Park, in honor of each victim of the attacks on September 11, 2001.

The park is also hosting a sunrise service with hot air balloons and refreshments to honor those lost 21 years ago. The service begins at 7 a.m. Sunday.

The sunrise service will be one of a few memorials taking place Sunday, as fire crews from Albuquerque, Bernalillo County and Alamagordo will also be hosting their own memorials.

At Alvarado Square in downtown Albuquerque, Bernalillo County Fire Department will conduct the second annual Fallen Firefighters 9/11 Memorial to silently pay respects and commemorate the 343 firefighters and 71 law enforcement officers who lost their lives as a result of 9/11.

The event begins at 6:46 a.m. Sunday and runs for 343 minutes. During that time, BCFD crews and BCSO Honor Guard members will be on watch over 100 sets of firefighter bunker gear. The event will be streamed on BCFD’s YouTube.

At 8:46 a.m., the time when the first plane hit the 110-story North Tower of the World Trade Center on 9/11, AFR will do its annual 110-story stair climb to honor the safety personnel who responded that day.

Alamogordo Fire Department will also be partnering with New Mexico Museum of Space History to host their own 110-story stair climb, also beginning at 8:46 a.m. Sunday. The climb is open to teams of up to four participants.

On September 11, 2001, four planes were hijacked and crashed with no survivors in any of the crashes.

The fourth plane was en route to Washington, D.C., with the Capitol or the White House as a target. However, a group of passengers diverted the plane to a crash landing in a rural Pennsylvania field.

In all, 2,996 people were killed and over 25,000 were injured during the 9/11 attacks. Among the 2,996 people killed was retired Alamogordo police officer Al Marchand.

Last year, ahead of 20 years since the 9/11 attacks, two steel beams from the Twin Towers were gifted to a church here in New Mexico. Read more here.