‘He was the pillar of our family’: Brother remembers Muhammad Afzaal Hussain

ALBUQUERQUE, N.M. — It’s impossible to replace a pillar that served as a family’s foundation. That’s what Muhammad Afzaal Hussain did for his brother, two nephews and niece.

“He was the pillar of our family,” said Muhammad Imtiaz Hussain, his brother. “It’s indeed a very painful time for us, and super painful for my kids. This is something that’s shaken us all together.”

The brothers were 12 years apart, but Muhammad Imtiaz Hussain said their relationship ran much deeper.

“I raised him as guardian,” he said. “He was my younger brother, but he was like my son. Imtiaz watched him finish graduate school at UNM, work for Congresswoman Melanie Stansbuy’s campaign, and become a city planner in Española. 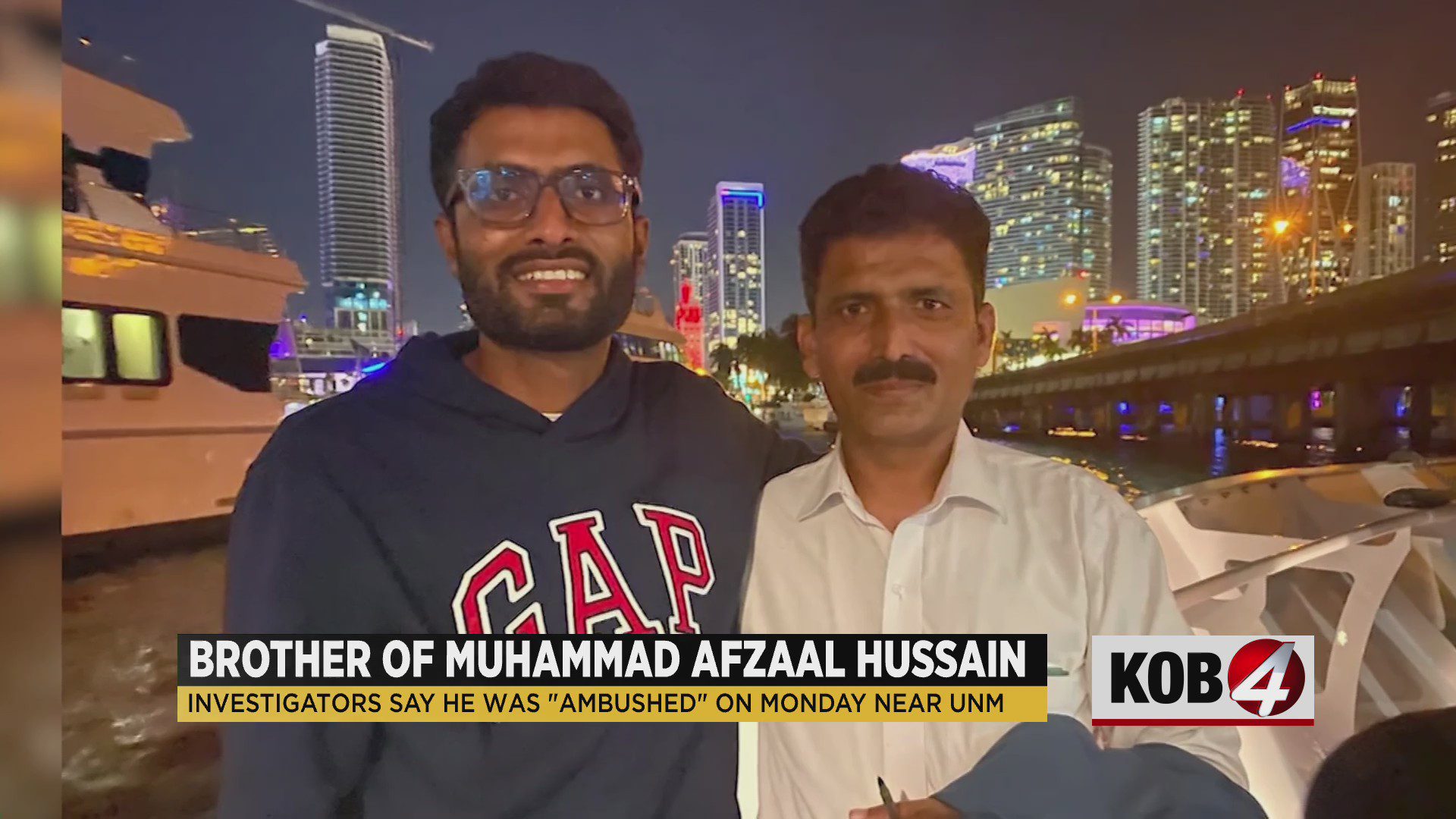 He also watched his brother Afzaal walk out of their Albuquerque apartment Monday night to take a phone call – something both men did often. He didn’t know it would be the last time.

“He’s shot. For me, it was painful. I thought, shot? He’s wounded?” Imtiaz said. “The detective said he’s deceased. That was the word which was horrible for me.”

The pain didn’t stop there.

“Medical investigator said, gentleman, you will not be able to read the autopsy, it’s such a horrible thing. We couldn’t put his head together,” he said.

On Thursday, APD announced that detectives believe Afzaal’s killing could be connected to two other deadly shootings – validating what Imtiaz says he knows to be true.

“The way he was killed seems like the killer has strong motivation in his mind,” Imtiaz said. “Strong hatred against him. It’s a targeted killing. It’s a hate crime.”

It has broken his sense of security.

“This creates fear with the student community, the community who lives in this neighborhood – that we are not safe,” he said. “If this has happened to my brother, it can happen to anyone else.”