Alec Baldwin, armorer to be charged with involuntary manslaughter in ‘Rust’ shooting

The district attorney says star and producer Alec Baldwin and armorer Hannah Gutierrez-Reed will each be charged with two counts of involuntary manslaughter in the death of Halyna Hutchins.

Assistant director David Halls has also signed a plea agreement for the petty misdemeanor charge of negligent use of a deadly weapon. The district attorney said Halls, who handled set safety for Rust, agreed to a suspended sentence and six months of probation.

“After a thorough review of the evidence and the laws of the state of New Mexico, I have determined that there is sufficient evidence to file criminal charges against Alec Baldwin and other members of the Rust film crew. On my watch, no one is above the law, and everyone deserves justice,” District Attorney Carmack-Altwies said in a statement issued in a press release.

No charges will be filed related to the non-fatal shooting of Rust director Joel Souza. 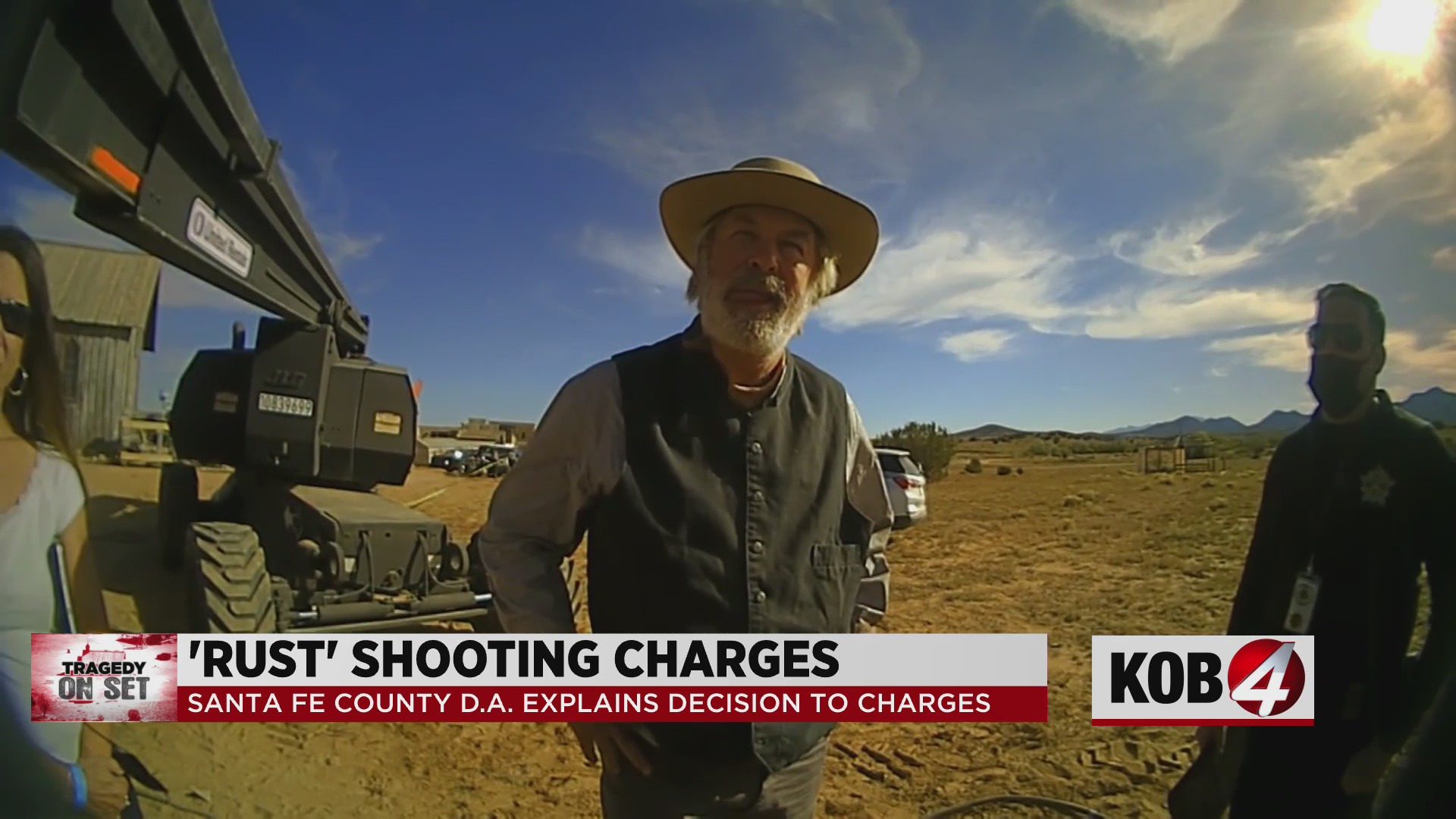 The district attorney also said Baldwin and Gutierrez-Reed will be “charged in the alternative” with two counts of manslaughter. This means a jury will decide simply not if they were guilty but under which definition of involuntary manslaughter they were guilty.

The other charge is involuntary manslaughter in the commission of a lawful act. This fourth-degree felony charge requires proof that there was more than just simple negligence involved in the death.

If convicted, the charge carries up to 18 months in jail and up to a $5,000 fine. The district attorney says a firearm enhancement would also be included, which could carry a mandatory five years in jail.

The district attorney appointed Andrea Reeb as the special prosecutor in this case. Reeb made this statement in the press release issued Thursday:

“If any one of these three people — Alec Baldwin, Hannah Gutierrez-Reed or David Halls — had done their job, Halyna Hutchins would be alive today. It’s that simple. The evidence clearly shows a pattern of criminal disregard for safety on the Rust film set. In New Mexico, there is no room for film sets that don’t take our state’s commitment to gun safety and public safety seriously.”

“This decision distorts Halyna Hutchins’ tragic death and represents a terrible miscarriage of justice. Mr. Baldwin had no reason to believe there was a live bullet in the gun – or anywhere on the movie set. He relied on the professionals with whom he worked, who assured him the gun did not have live rounds. We will fight these charges, and we will win.”

A statement issued on behalf of the Hutchins family was shared with KOB 4:

“We want to thank the Santa Fe Sheriff and the District Attorney for concluding their thorough investigation and determining that charges for involuntary manslaughter are warranted for the killing of Halyna Hutchins with conscious disregard for human life. Our independent investigation also supports that charges are warranted. It is a comfort to the family that, in New Mexico, no one is above the law. We support the charges, will fully cooperate with this prosecution, and fervently hope the justice system works to protect the public and hold accountable those who break the law.”

“Hannah is, and has always been, very emotional and sad about this tragic accident. But she did not commit involuntary manslaughter. These charges are the result of a very flawed investigation, and an inaccurate understanding of the full facts. We intend to bring the full truth to light and believe Hannah will be exonerated of wrongdoing by a jury.”

David Halls’ attorney, Lisa Torraco, said he would not be giving statements, stating he is still grieving the incident. Torraco told KOB 4 the following in response to the plea agreement announcement:

“Mr. Halls accepted a petty misdemeanor charge. Absent no charges at all, this is the best outcome for Mr. Halls and the case. He can now put this matter behind him and allow the focus of this tragedy to be on the shooting victims, their families, and changing the industry so this type of accident will never happen again.  His charge is a petty misdemeanor. No jail time. No probation. $500 fine.”

Alec Baldwin was holding a gun when it went off while rehearsing a scene on the Rust film set. The shooting happened on October 21, 2021, killing cinematographer Halyna Hutchins and injuring director Joel Souza. Baldwin later said he didn’t pull the trigger.

Hutchins’ family then filed a wrongful death lawsuit in February 2022, which Rust Movie Productions settled in October 2022. They also announced Rust would resume production in January 2023 with Halyna’s husband, Matthew, as the executive producer. However, there is no indication that the film has resumed production.

In September, the district attorney first said there were “up to four people who she may charge,” including Baldwin. Her office was looking at charges ranging from gun statute violations to homicide but didn’t specify further then.

Andrea Reeb, the special prosecutor, was elected to the New Mexico House of Representatives in November and sworn in earlier this week. The Republican representative serves House District 64, covering Chaves, Curry and Roosevelt counties.