Travelers in western New Mexico got the brunt of the traffic woes overnight and into Thursday.

NMDOT reported icy conditions closed eastbound I-40 to all traffic in Gallup, diverting traffic onto NM 118. Then, they advised against travel “unless absolutely necessary” between mile markers 22 and 53 (Gallup and Thoreau) on I-40.

The closure caused a big backup stretching all the way to the Continental Divide – and that lasted into Thursday morning.

Many truckers and even KOB 4’s Diana Castillo found winter weather trouble after the snow fell wet and made roads icy as temperatures dropped overnight.

In the area, Cibola County officials strongly discouraged travel on New Mexico Highway 53, between Grants and Ramah. Icy conditions and snow led to multiple crashes along that 52-mile stretch of road. 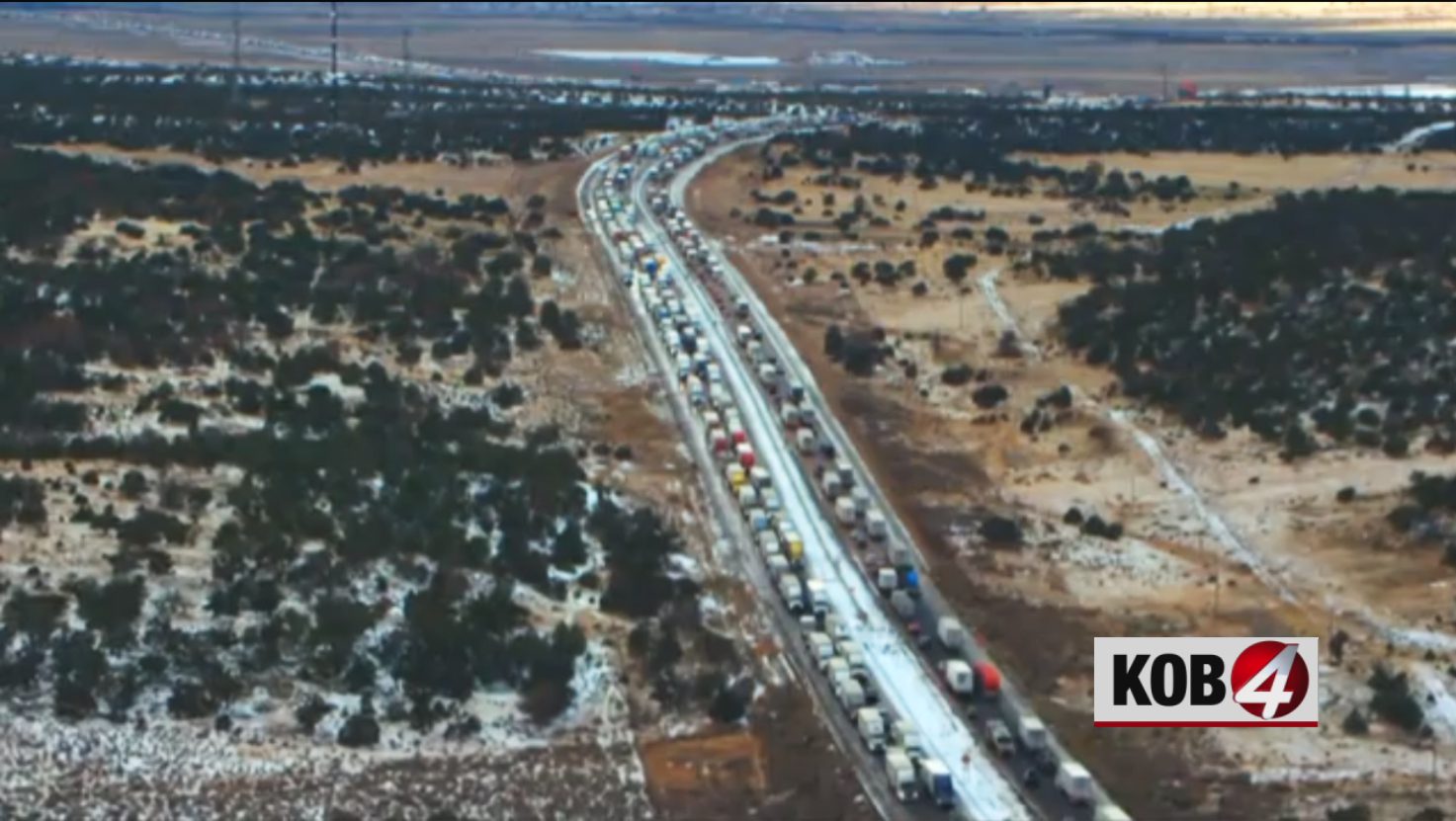 NMDOT reported multiple vehicles were stalled out at the northbound point. Meanwhile, at the southbound point, a tractor-trailer jack-knifed, prompting emergency services to the scene.

Traffic was allowed to go through again around 8:45 a.m. but there was still congestion.

The National Weather Service in Albuquerque issued a snow squall warning for that area. That warning was issued late Wednesday night due to whiteout conditions in heavy blowing snow and “dangerous, life-threatening travel”.

How were other places affected?

In and around the Albuquerque metro, there was less trouble with winter weather. Snow came down nicely in some neighbors, including in Rio Rancho.

In the east mountains, a picturesque layer of snow lingered Thursday morning. Even in Albuquerque, there was some snow, like up at Tramway.

Oddly enough, one viewer reported some thundersnow in Santa Fe. Catch a video highlighting some of the winter weather trouble and more in the video above.