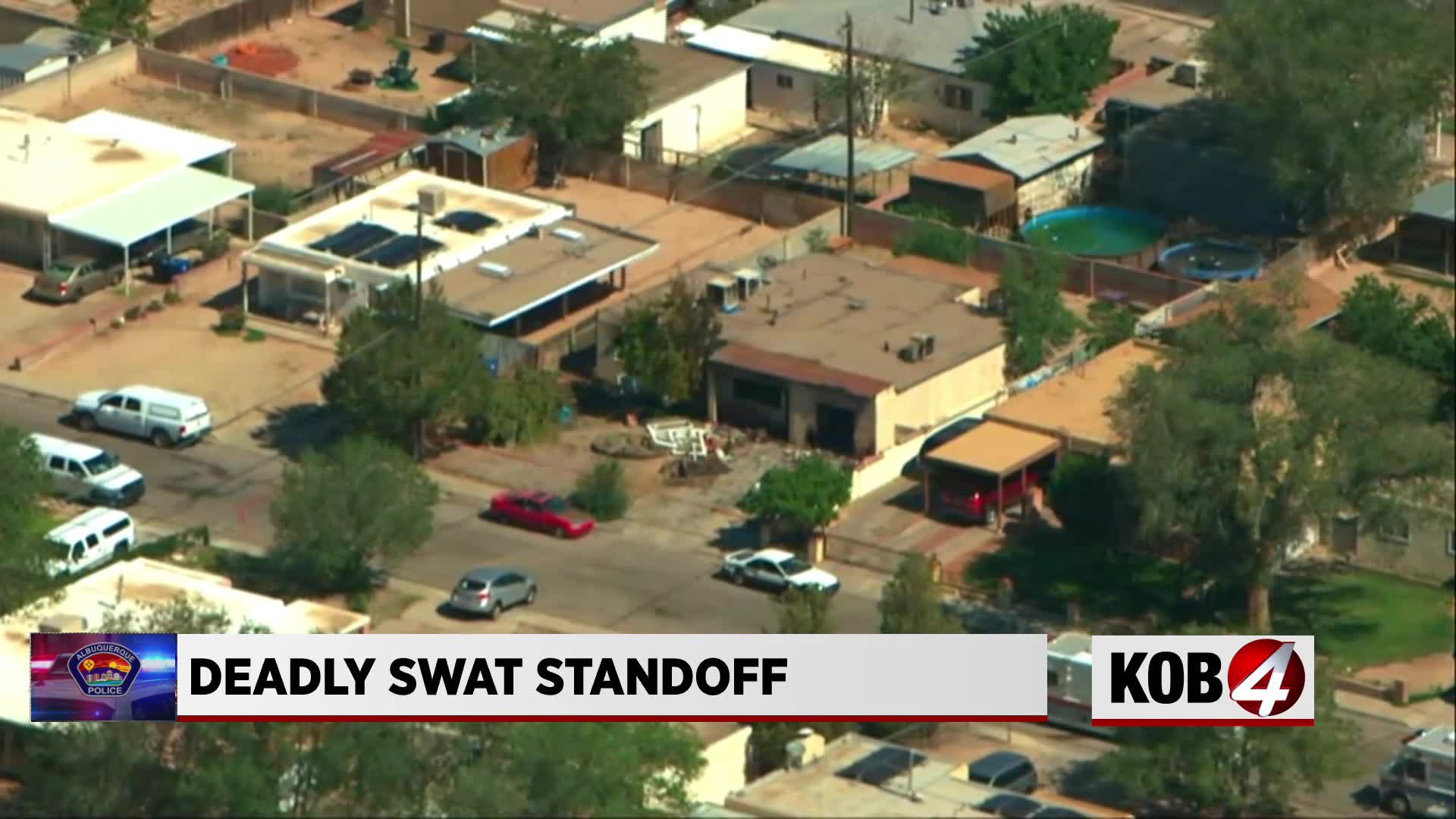 Attorney General Hector Balderas’ office assessed how law enforcement actions may have led to Brett Rosenau’s death during a standoff in early July.

Police sought Qiaunt Kelley, who was wanted by police for a probation violation but then allegedly ran inside of a home when police approached him. Rosenau also ran inside and after several hours of Kelley barricading himself inside, an officer threw a canister inside. It’s believed that this set the home on fire.

Kelley escaped and was arrested. However, Rosenau was later found under a bed, dead of smoke inhalation and burns.

The letter stated the AG’s office reviewed the facts and circumstances of the event and consulted with law enforcement and use-of-force experts to form their conclusion.

The office alleged it was “unclear from the incident reports” why APD officers didn’t apprehend Kelley when he was in the backyard where officers and BCSO deputies were. The letter states “an intervention was possible at that time” to where they could’ve used non-lethal force to apprehend Kelley before he ran back inside and barricaded himself. The office believes this could’ve prevented the use of the canister and the subsequent deadly fire.

The office noted the canister, they say APD used, was compliant with DOJ standards. However, they said prior action would’ve negated the need to use the device in the first place.

The attorney general’s office concluded the letter by encouraging Chief Medina to work with his department, the Department of Justice and “both state and local stakeholders” to make sure APD has all of the procedures, training and resources needed to protect the community and abide by the DOJ agreement.

“The unfortunate death of 15-year-old Brett Rosenau was avoidable, and it appears that less-lethal tactics to detain the suspect earlier would have mitigated fatal risks. I am requesting APD Chief Harold Medina and Bernalillo County Sheriff-elect John Allen work together to evaluate safe and effective non-lethal force options during felony apprehensions in order to enhance safety in our community.”

Medina said in July the munitions used had “been used by the Albuquerque Police Department for decades.” However, in August, APD said the canister was thrown into the home by a Bernalillo County deputy.

APD released a video showing a robot trying to remove the canister once smoke was seen coming from the home. In the video, however, the robot dropped the canister and the house erupted into flames and the fire that killed Rosenau.

Police also accused Rosenau of shooting a man in the neck less than a week before the fire and said he would’ve been charged by police had he survived.

In October, an official autopsy report found the official cause of Rosenau’s death was smoke inhalation and burn injuries.