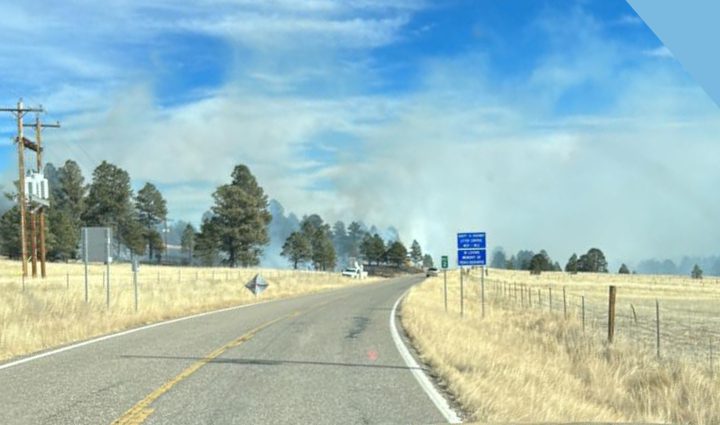 The fire was about 13 acres in size and is 100% contained. According to the sheriff, a transformer blew along the highway and sparked the fire.

Officials said it is not threatening any properties.

Mora County is no stranger to forest fires and their effects.

Last spring, the county was effectively ground zero of the Hermit’s Peak/Calf Canyon Fire – the largest wildfire in state history. The community started picking up the pieces by June but then dealt with burn scar flooding later in the summer.

The Hermit’s Peak/Calf Canyon Fire Assistance Act was passed as a part of Congress’ omnibus bill to help wildfire and flooding victims in the state. FEMA is accepting public comments on it through January 13.